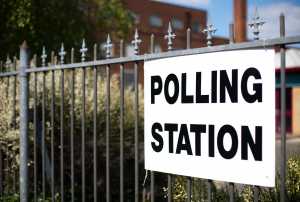 As you’ll no doubt already be aware, the UK will go to the polls again next month after Prime Minister Theresa May called a snap General Election. Speculation was rife on why she chose to announce an election now, having stated previously that she would not, with her official reasoning down to gaining a mandate for Brexit negotiations.

More cynical commentators have claimed that the election has been called while rival parties remain weak and have plenty of other theories too. This month, however, we’ll be taking a look at what the effect of the 2017 General Election could have on construction and the housing industry, as well as what the political parties say about each party’s intentions towards the industry.

Where does each party stand on housing?

In their manifesto, the Conservatives claim that they will “fix the dysfunctional housing market”. Their plan involves meeting their 2015 promise of 1 million homes by 2020 as well as a further 500,000 by the end of 2022.

Other steps involve creating homes which “match the quality of the stock inherited from previous generations”, and creating more specialist housing without using the Green Belt or National Parks..

The Labour party have just released their manifesto, with much of the leak from the previous week making it in. 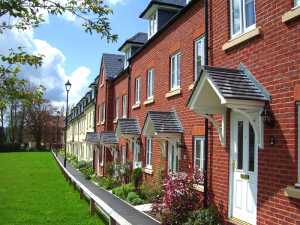 Labour’s plans for housing involve investing to build one million new homes in the next five years to help the housing market. It also states that they plan to build 100,000 new council houses per year and create 4000 homes to help those with a history of rough sleeping.

First time buyers are to get help in finding affordable homes, with the ability to place “dibs” on new-build homes local to them.

These policies and more can be found in chapter six of the manifesto. Read more here.

The Lib Dems have released their manifesto, with a scathing review of how the Conservatives have been running the housing for Great Britain.

Claiming that progressive housing is “at the heart of our new manifesto”, the Lib Dems want to build 300,000 homes per year during the next parliament, as well as creating Garden Cities with zero carbon homes. They also promise to allow council to levy against second homes and ‘buy to leave empty’ properties invested in from overseas.

UKIP, despite recent losses in local elections, claim to be leading the debate, stating that they will make brownfield sites more attractive to developers and build 1 million homes by 2025 on brownfield sites.

The Green Party sees housing as a basic human right and wants to move away from the market being solely for investors. Their web page for housing strategy is long, but hasn’t been updated since 2016.

The SNP have released nothing concrete for the 2017 election at the time of writing, but comments on their website include “affordable, warm and secure” in relation to housing.

There are many outlooks for the construction industry, with some hopeful that an early General Election has shown most parties to be in favour of investment in housing and infrastructure, while others see the uncertainty which a GE brings to the value of the pound and reluctance of investment for projects currently in the pipeline.

At Elsons, we provide a great range of building and construction materials and tools in St Albans and Hertfordshire. No matter what kind of construction or development project you’re involved in, look no further than Elsons for your supplies.

Contact our friendly team today or pop down to our site for more details – we’re always happy to assist you in finding the right tools and materials for your requirements.